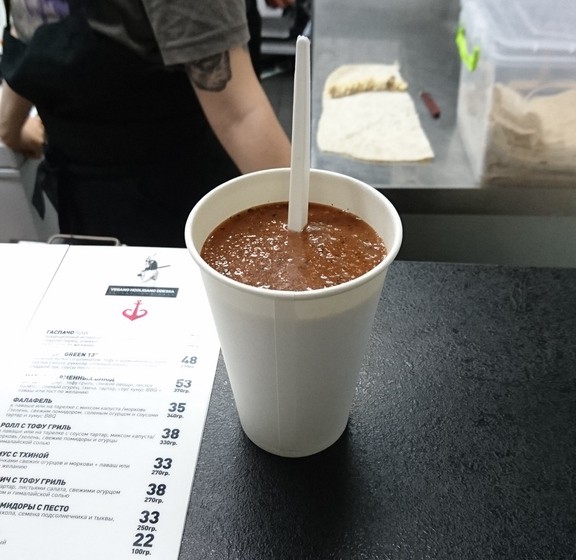 
In the meantime I had been to Vegano Hooligano in Odessa four or five times. To my surprise there was a new menu. 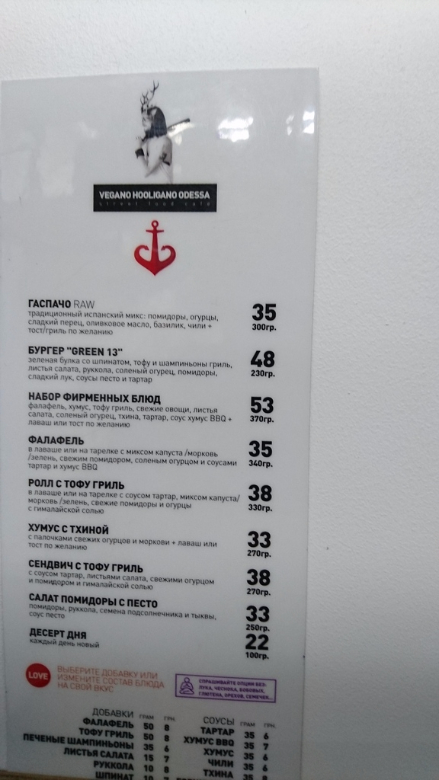 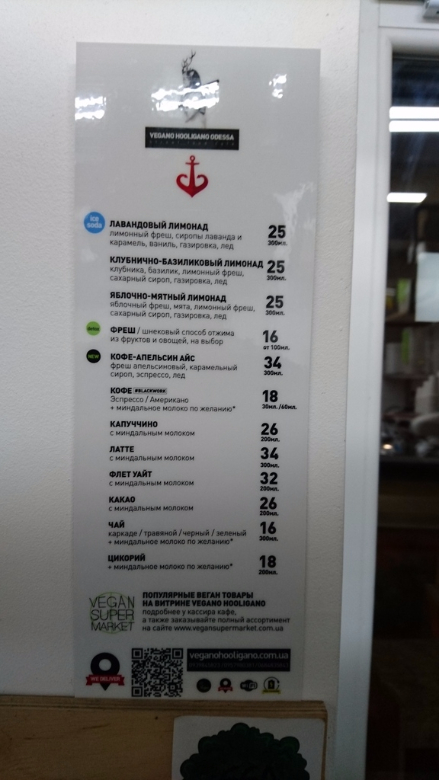 I wanted to really go for it and just order the “most expensive thing” third from the top on the menu. I don’t know what it’s called but the components read well. “No more humus”. Ok, then gazpacho. Ok. I saw no more cola bottles standing around. “Is there something cold to drink?” “Yes, homemade soda” Хорошо, I say. The person who is supposed to mix the drink: “No more ice”, whether I still want it. I want it. 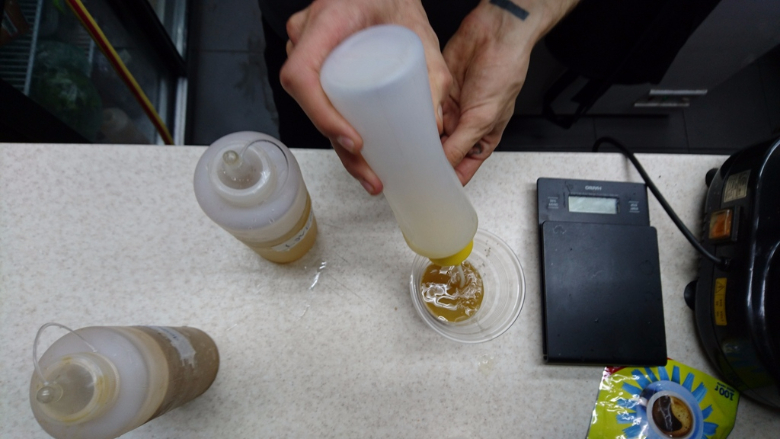 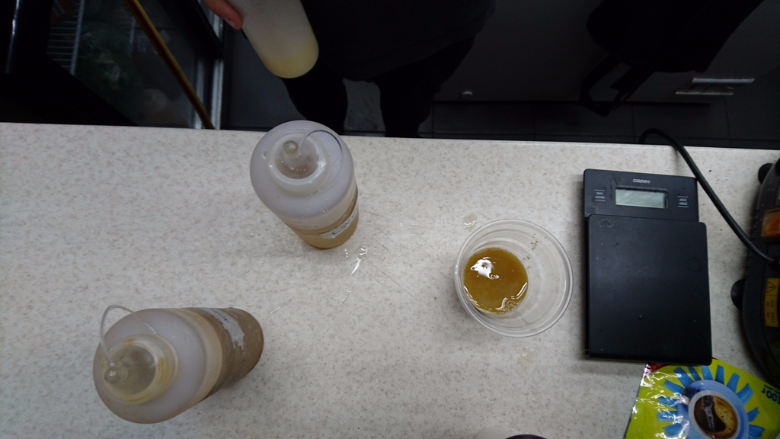 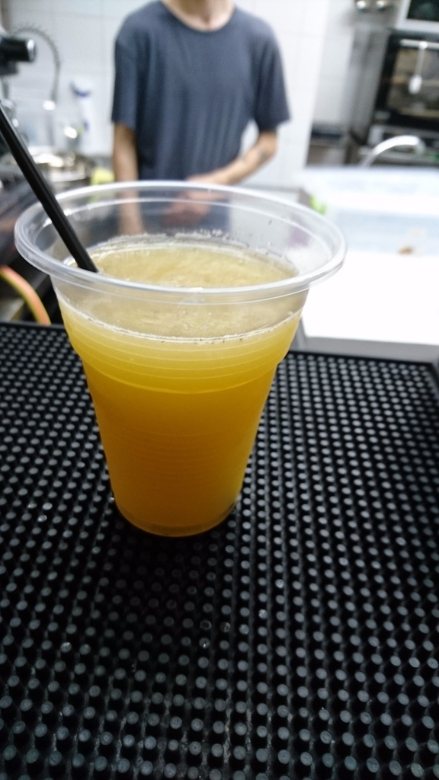 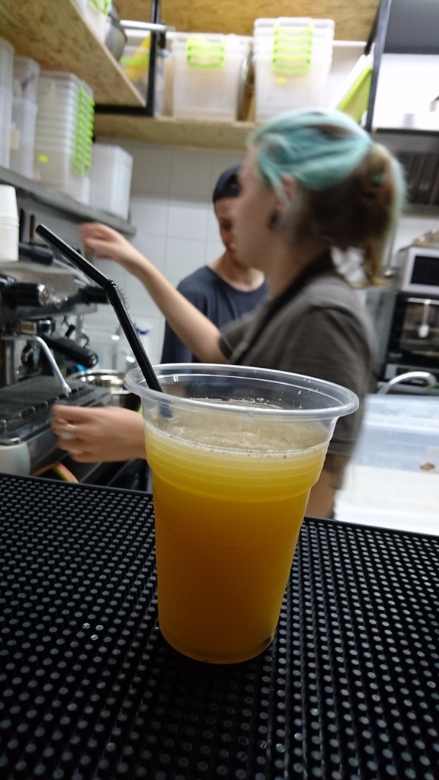 The gazpacho delicious and a great apple-mint soda; both came from the fridge and I found them cold enough.
Morjens 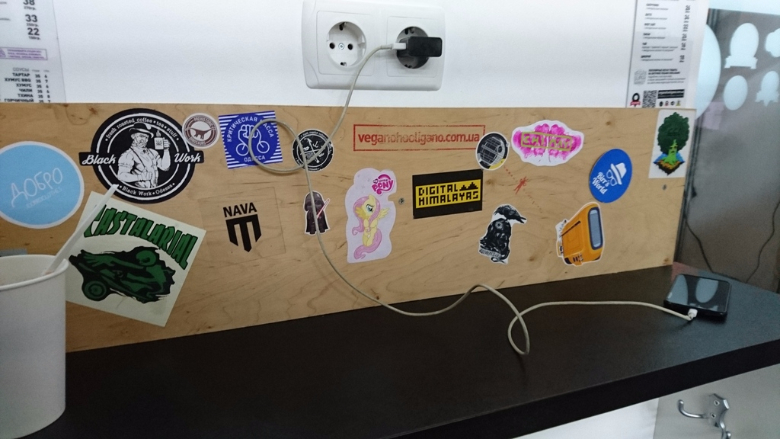 Something on the wall seems familiar!