Odessa III – The Second of May 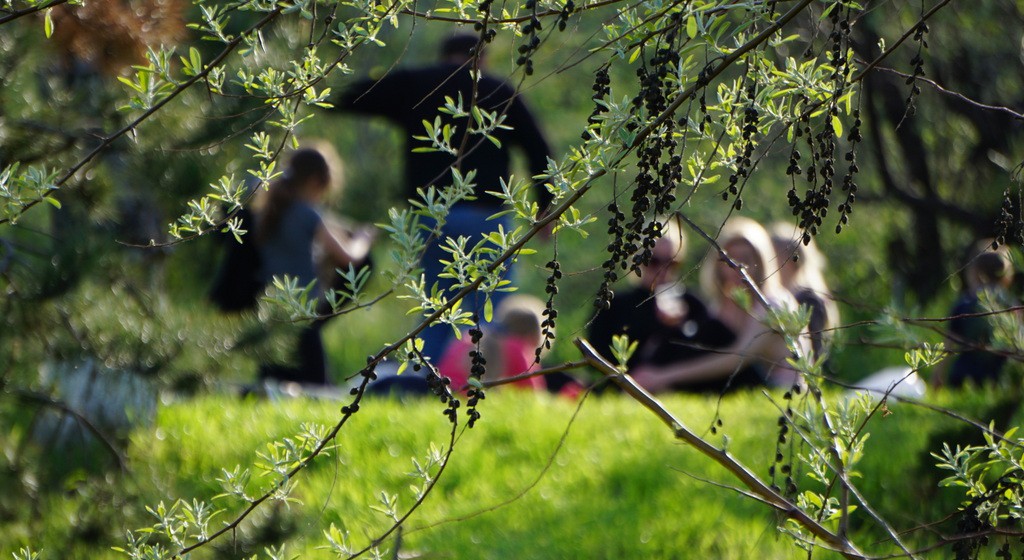 The day began as they all do, with coffee and practicing Russian. Larissa’s coming at 1:30 p.m. Despite the holiday. I ask her if anything happened; she says no. She walked from Bavaria House.

Why do I ask? Two years ago there was a fire in the union headquarters and people died. People say Odessa is a divided city and if you ask, half is for the Ukraine, the other half is sympathetic to Russia. They take the opportunity to riot on the Second of May, at least they did last year. That’s why Olga, Veronika, Larissa and Lilija said I should stay home on the Second of May. Especially because I’m in the center. Olga has forbidden her children from going to the the center on the Second of May. I had already seen a 5-person troop of soldiers near the train station on Saturday. With an armored vehicle. I was unfortunately in the middle of the street; couldn’t take a picture while driving. After turning I had to make a huge detour to return to the same spot but they were gone, no picture. Larissa said she saw nothing but walked more quickly than usual.

But I don’t have to stay home all day because of the alarm in the city, especially when the weather is so fantastic. I wanted to to the monastery I had been to with Lilija last year. That’s in the direction where Larissa lives, so I offered to give her a lift. When we left the courtyard things became much more clear. The street where I live is the left outer corner of a chessboard pattern, up to the Moldavanka district. It runs straight through the inner city to the train station. But not today. Closed off, no getting through. So turned around and down to the harbor and drove around the center down below, over and over again no right turn, so further to the French Boulevard, that’s my main route to the sea, to the health route, (you know if you read the blog last year, if not, here’s the link to read about it http://birrs-world.com/odessa-ii-neue-kamera-und-trasa-zdorovja-endeckt/ ). It was really full with slow-moving traffic on French Boulevard, and then in the midst of the crowd, even an accident. I let Larissa out at the store where she wanted to shop and drove on. I didn’t have a city map with me, so I didn’t find the turnoff to the monastery and decided to drive to the sea instead. Finally some tranquility at the sea. Yeah, that’s what I thought. But on Easter Sunday, I was on the entirely opposite side of the city at Fontanka, where it was completely full. And now here as well. These are the first truly warm rays of sun this year for everyone. Now I ate bread and cheese that I’d brought with me, filmed a 20 minute video of the sea for Andres so he can continue working with Soundscape while reading a book. Sort of relaxed. But it was really very full; nothing for an old man like me. I already saw the first hardcore swimmers on Sunday, there were some here too. Took pictures of it all and that was that. 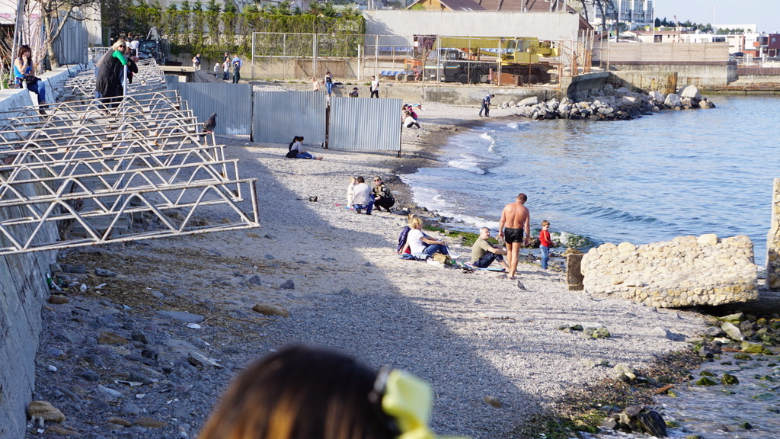 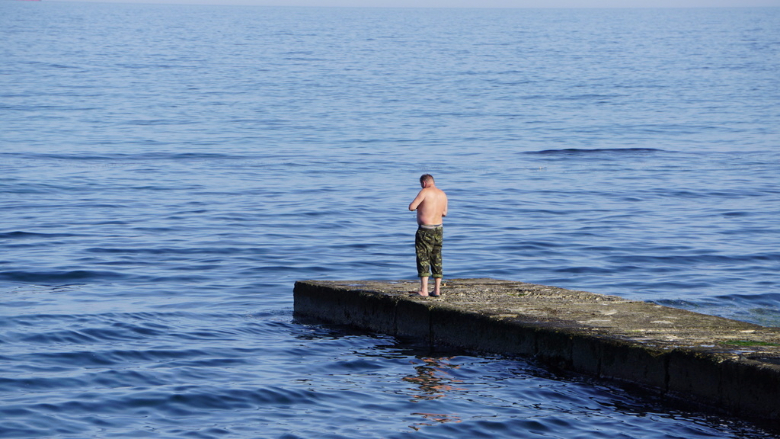 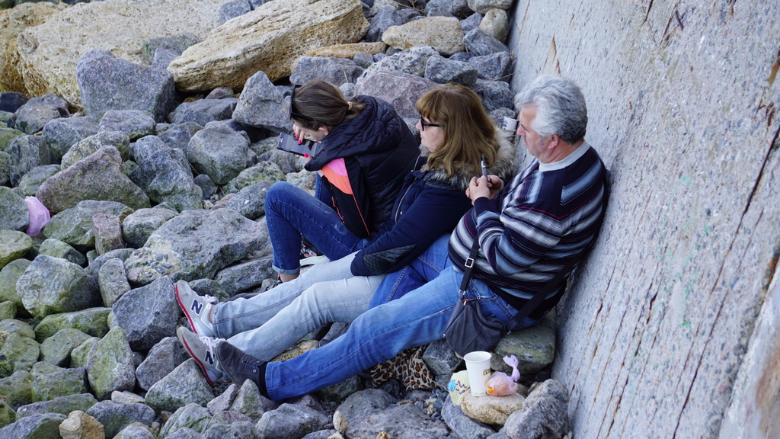 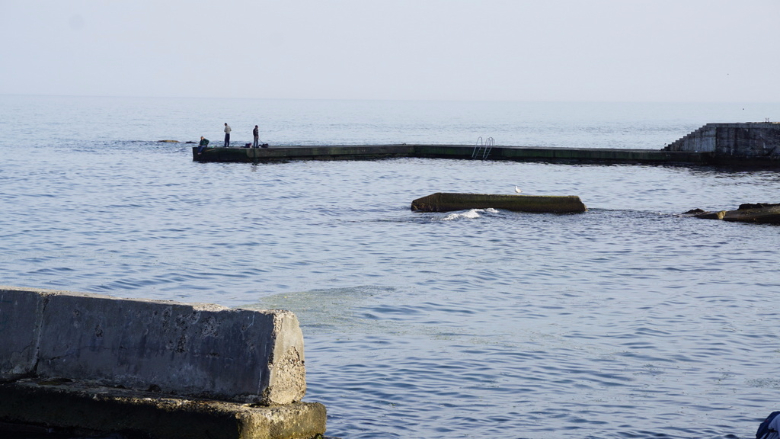 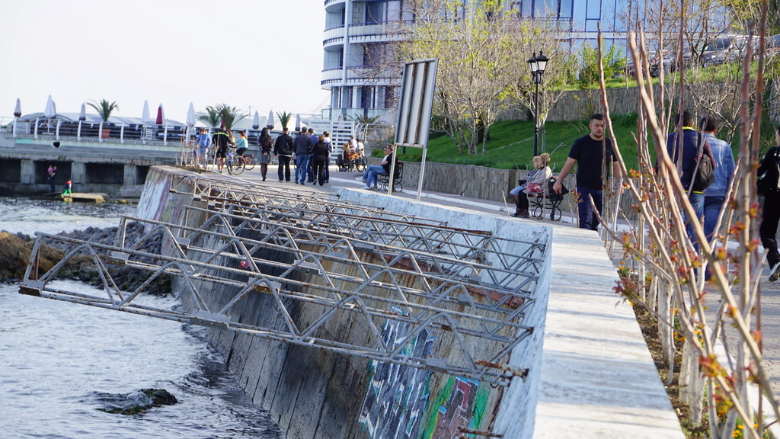 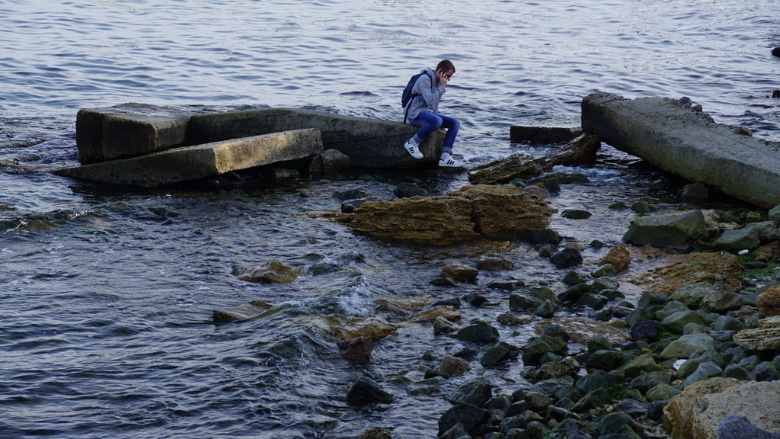 Nah, not entirely, on Sunday I was already surprised that people were picnicking in all the parks I passed by, always an entire family. With grilling and everything. I can’t imagine that in Petersburg. There are a few photos of that too. 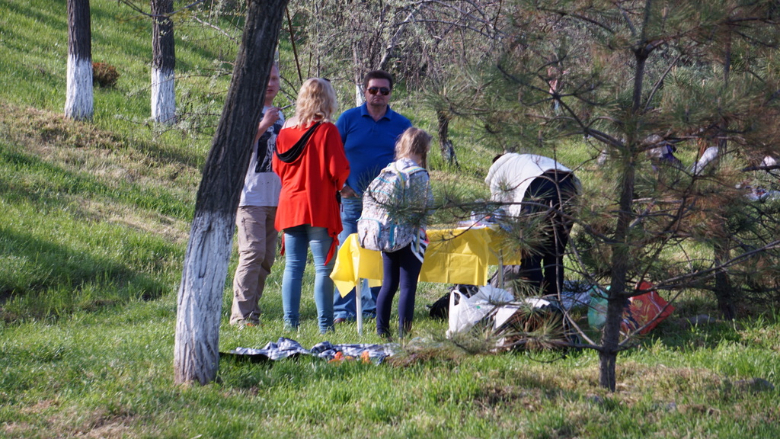 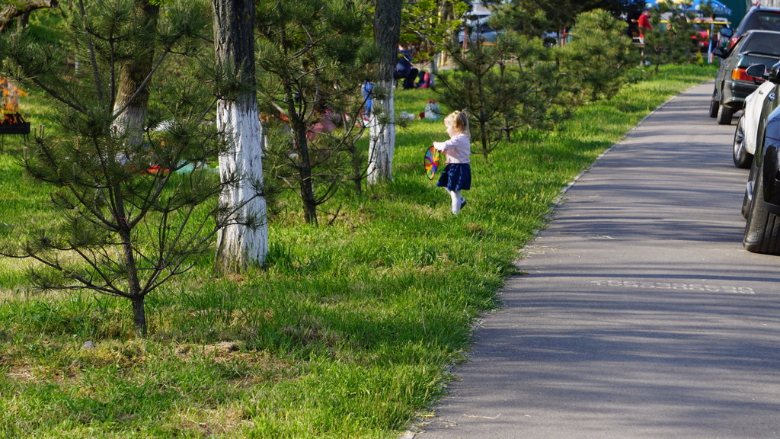 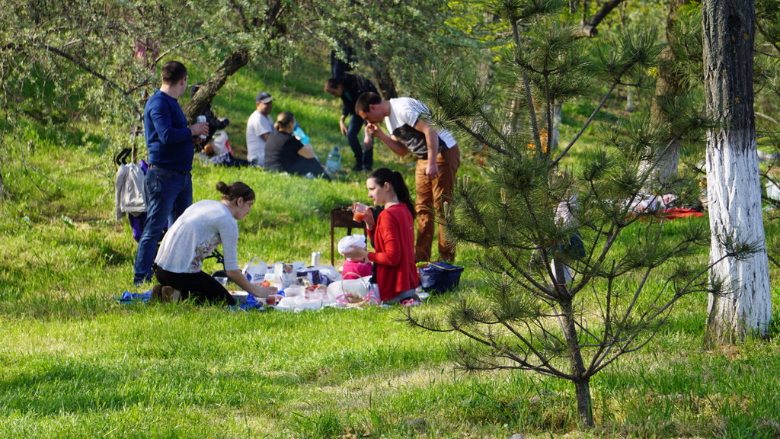 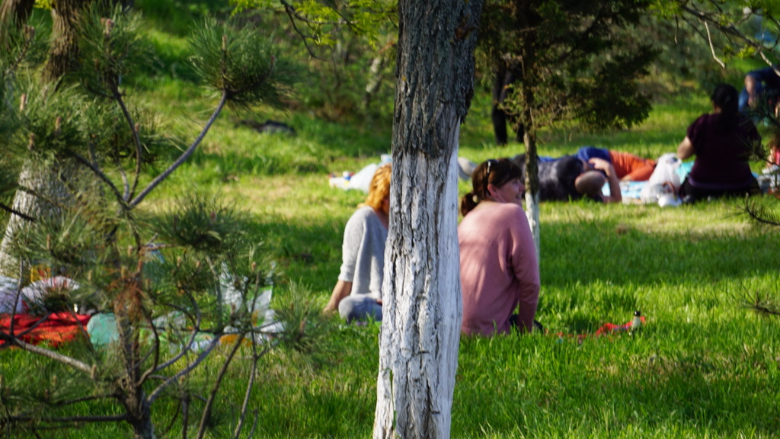 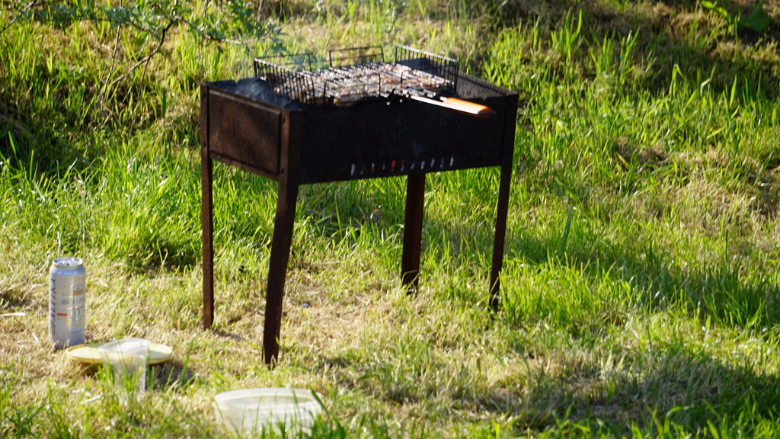 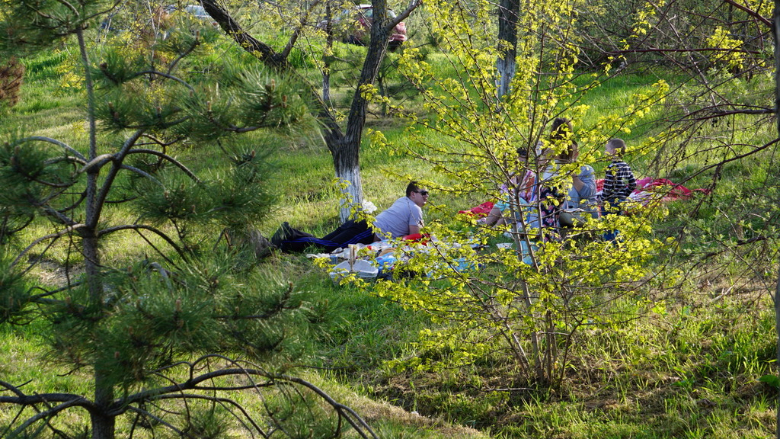 I rode around a bit afterwards in order to check out the neighborhood and ended up above the spot where I had been at the sea. A small park, an amateur soccer field (and what a field). The only girl was the goalie, in sandals. She was taking it all pretty seriously. 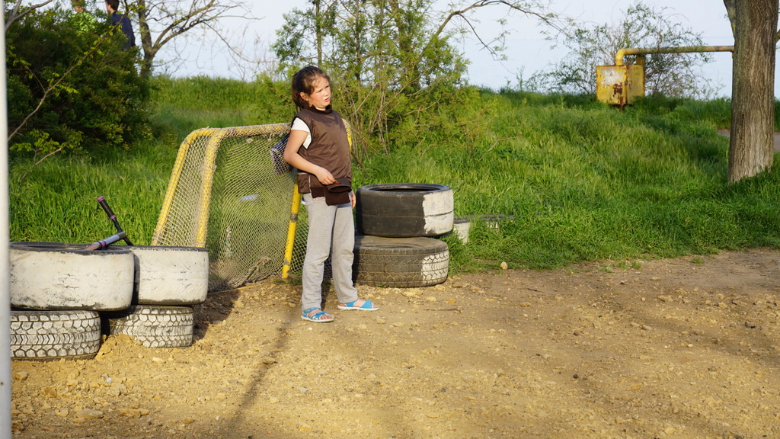 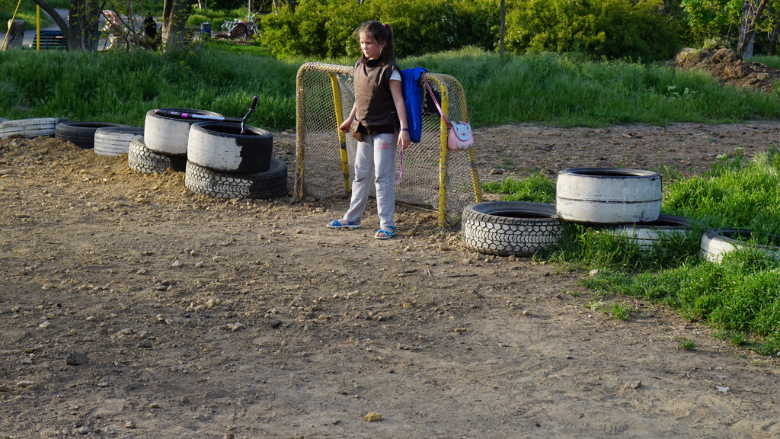 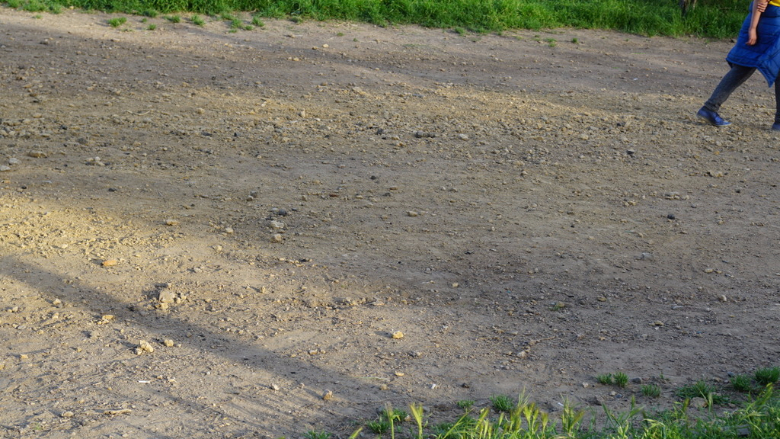 On the way back the center was still closed off and then again not; a few intersecting streets were open. I drove through up to two corners away from the apartment. Stop. I was already on Preobrazhensjka, the street where I live. I explained this to the policewoman, who requested documents which showed that I live here. I say: of course, the Odessa apartment stamped extra in my German passport. So made another detour in order to get closer. The next policeman only three building numbers away from the apartment; I can see it. I say I’m living at number 24, can he please let me through? No. Then: is that before the next barrier? Yes, I say; finally I recall the Russian word for brown. I say: the brown door there. Ah, ok I can drive. 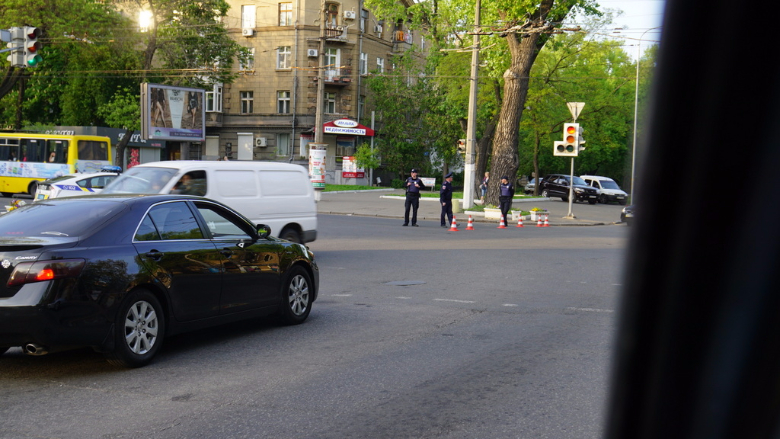 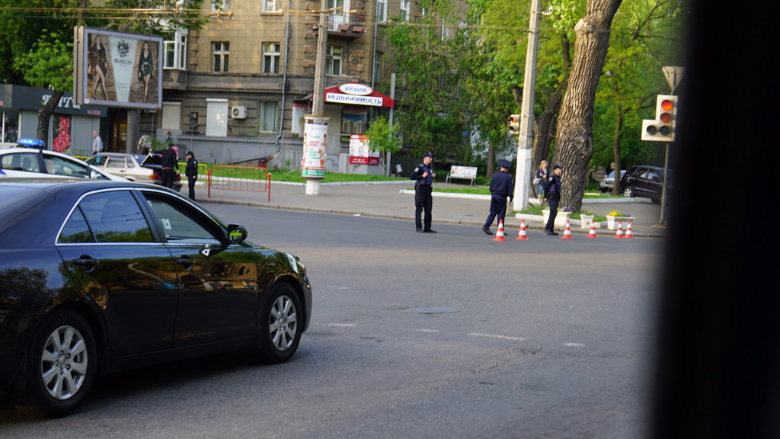 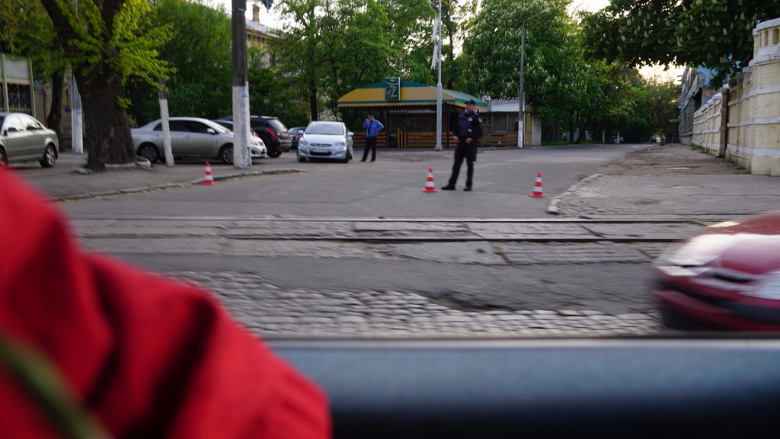 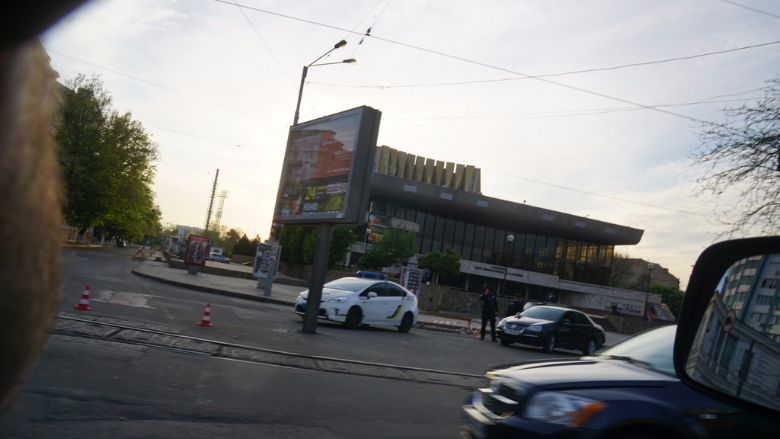 I didn’t look at how long they stood there afterwards; I hadn’t heard anything the entire night and found nothing in the news today. During the next lesson Larissa said nothing happened.

So all that remains are the photos of the day; and that’s a good thing. 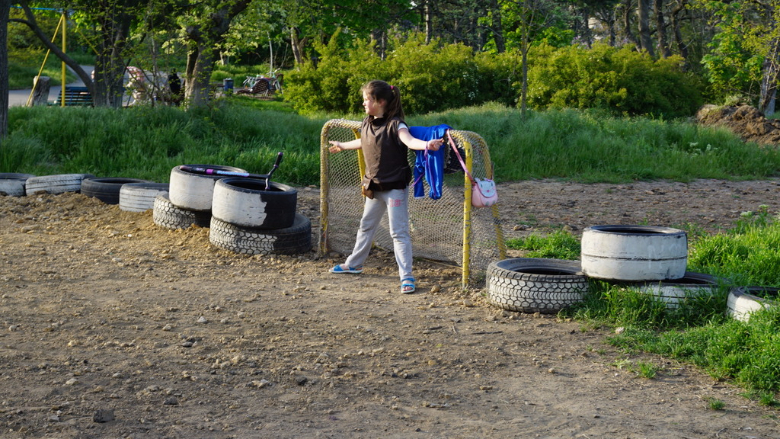