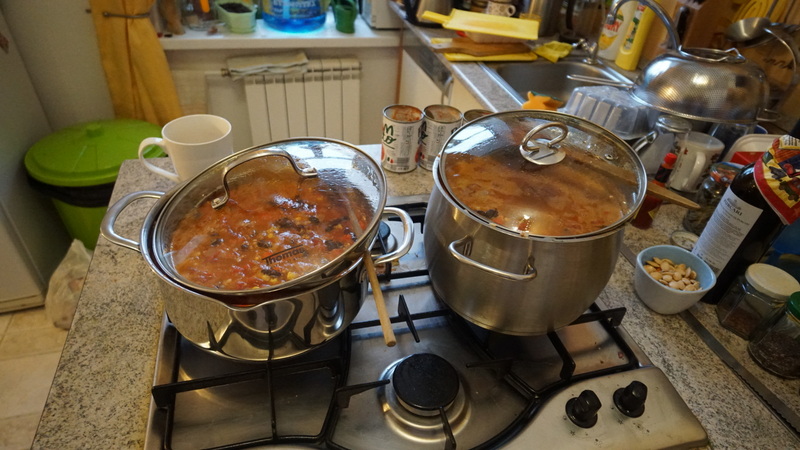 Today is New Year’s on January fourteenth, based on the right calendar. Yesterday we visited a married painter couple, Alla and Nikolay Reznichenko. They built themselves a summer house, everything still fresh, with heating too and now they’re often there in the winter also. Still reachable with the city bus, near the city limit, important for them because they don’t have a car. We went there and brought small gifts and chatted and ate. 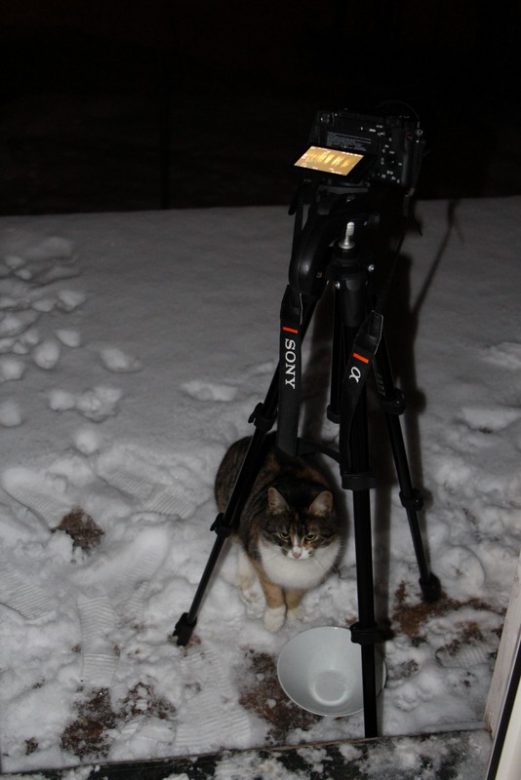 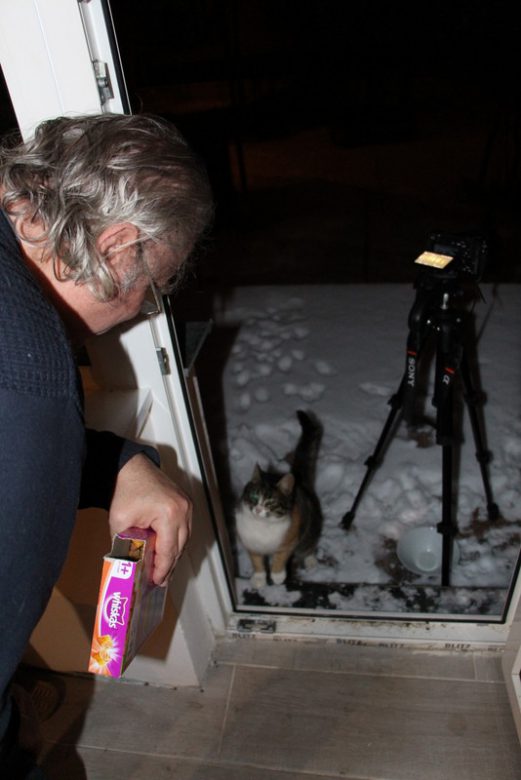 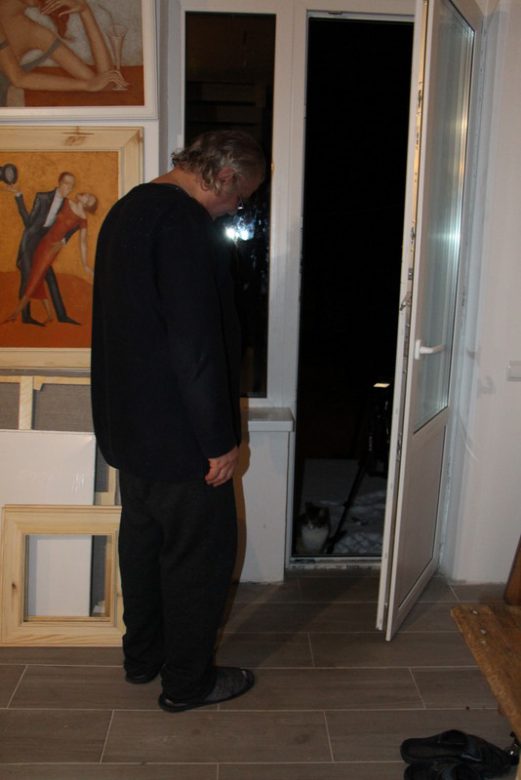 There were other visitors besides Lilija and me. 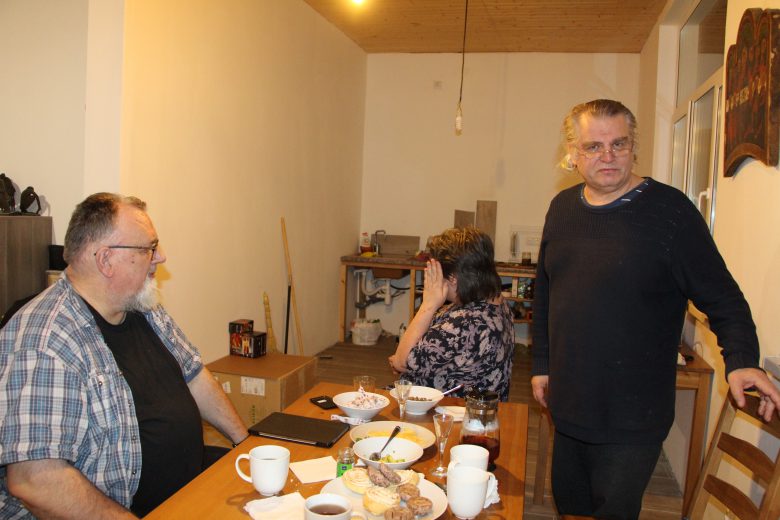 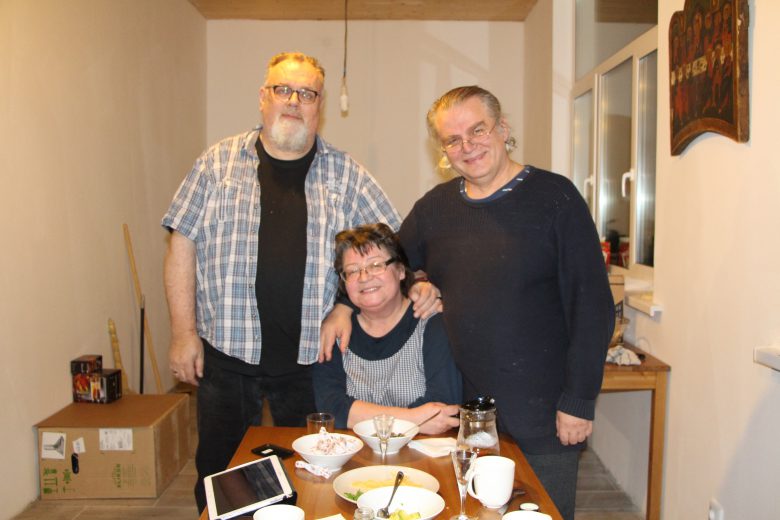 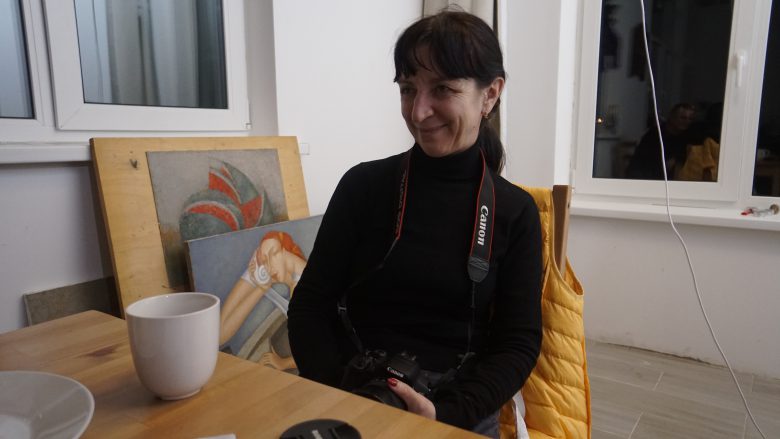 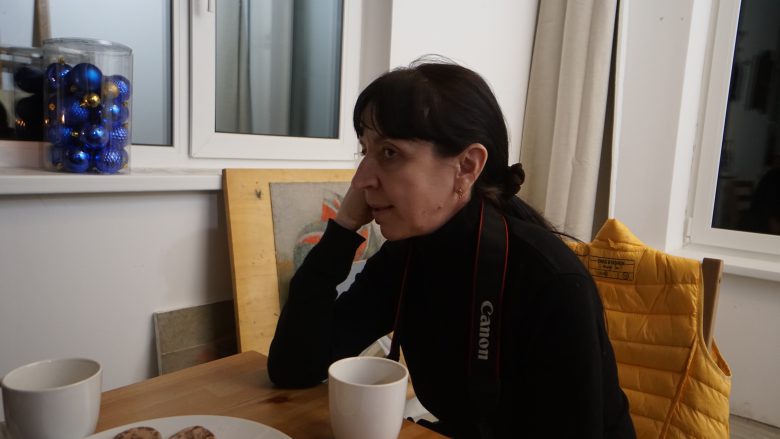 Alla always makes a bit of a fuss because of the girth but if I’m in the picture too, it’s all. 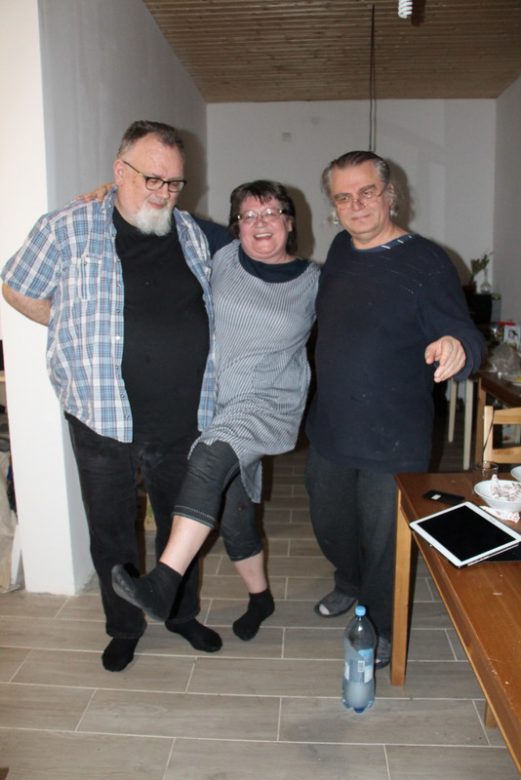 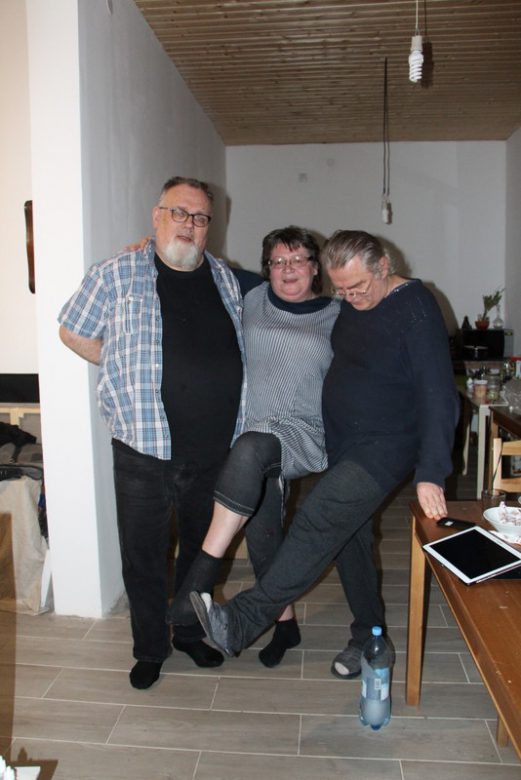 Then in the evening, New Year’s toast again. There was an even more dismal show on TV than there had been on New Year’s Eve. Only “B-list“ choices and worse. But at least there was a New Year’s speech, but as is the case on western New Year’s, the Kremlin Tower is shown with a clock and strikes twelve times. Afterwards, “raise your glasses”. Then Katja and Lilija went out to the street and asked the first male what his name was. Don’t ask me why. I wouldn’t know anyway. His name was Pawel. And now??

Today we we’re going to go visiting. Tomorrow, Sunday, visitors will come to us.
So pre-cook for Sunday. Lilija wanted chili con carne again. And hummus as a present for everyone, I already prepped that from Friday to Saturday. Five jars. There was already chili con carne at Christmas time on January sixth when the parents were here. So, a mountain of onions and garlic again, fresh chili peppers, 1 kilo ground meat, a total of 8 cans of beans, four cans of corn, seven cans of chopped tomatoes and a bell pepper on top, chocolate will be first be there on Sunday, goes in ten minutes before it gets put out.

And of course, the chili con carne version for me, with soy meat (I’ll eat it for days. There’s no Pico here to help me). It should actually be called chili sin carne, I know. But it doesn’t sound so nice. 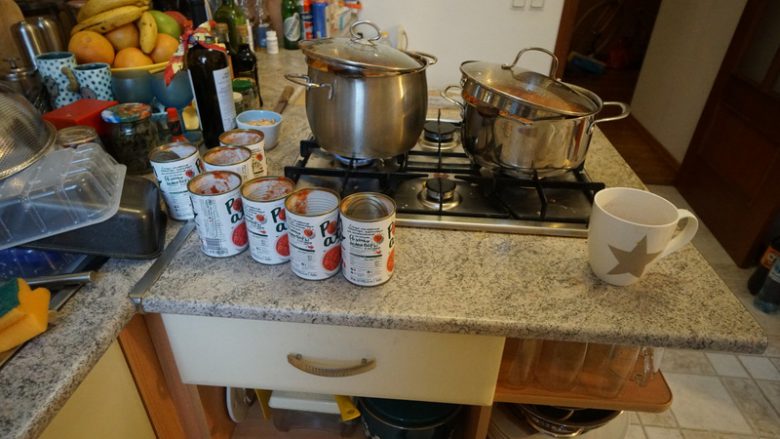 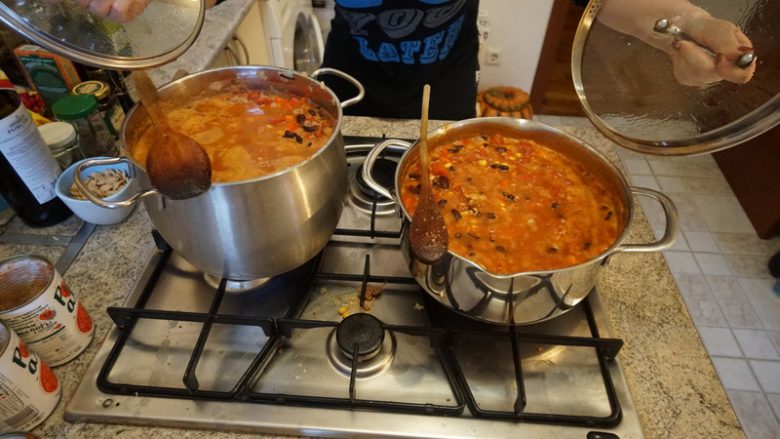 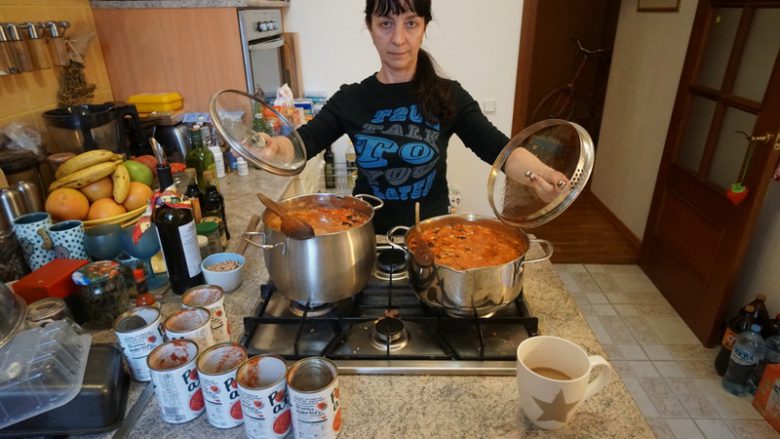 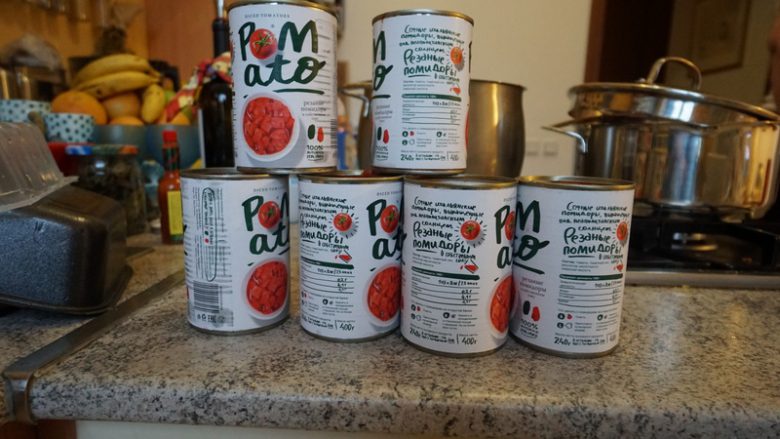 So, and now get dressed and get going. 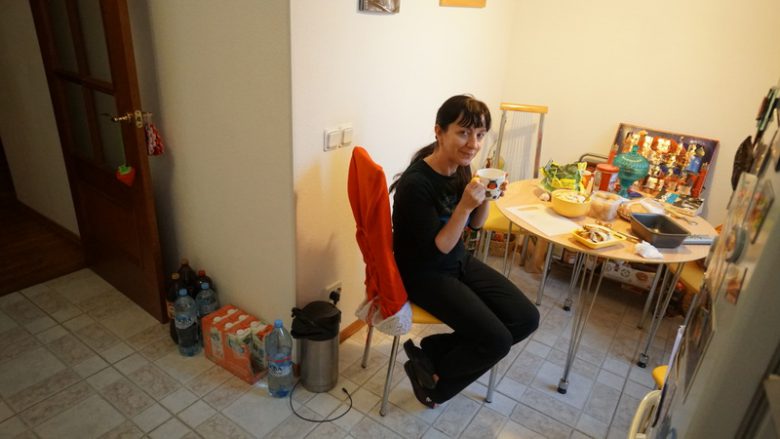 Lilija drinking coffee while I work.


One response to “My St Petersburg – Birr’s cafeteria!”