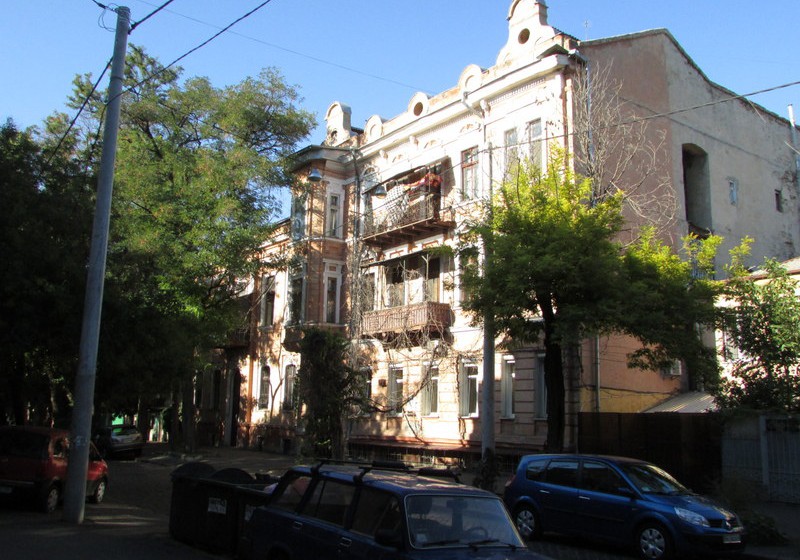 Today I surprised myself. I was out and about not too far from the new market, because it’s a stretch where merchants sit and also sell along the the entire street next to the new market. I wanted to take photos from the outside of the market, the businesses there and the other hawkers. I saw a house there which had a strange firewall (btw firewall is a borrowed word like barrier or buttered bread in Russian from German). 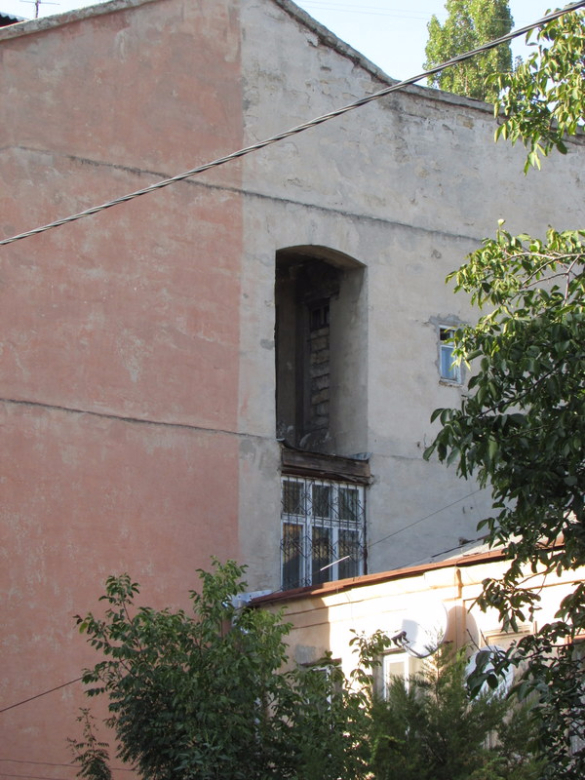 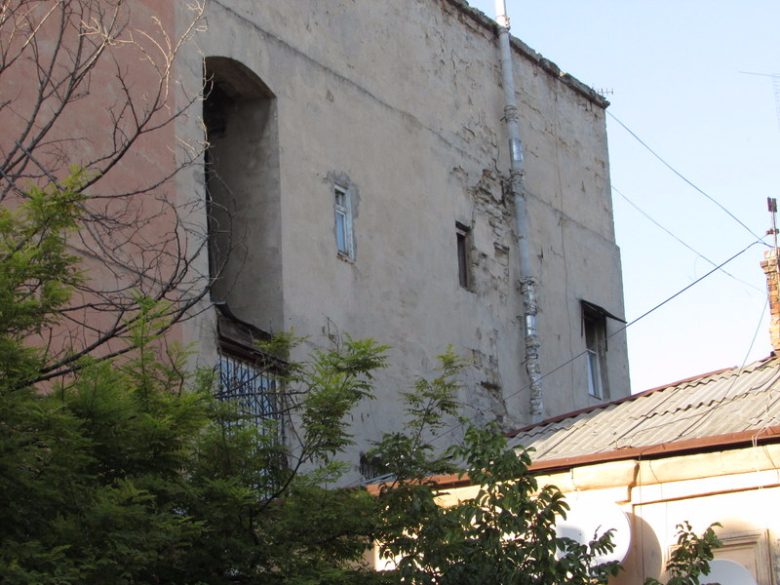 One sees that there is still some sort of balcony with nothing above it on one floor. A hole and a walled in door. I wanted to photograph this as a “rotting place”. Then I looked at the front facade and found it very pretty and in order but like many buildings here, that’s just the first impression, like at Ekatharine Square where I live. 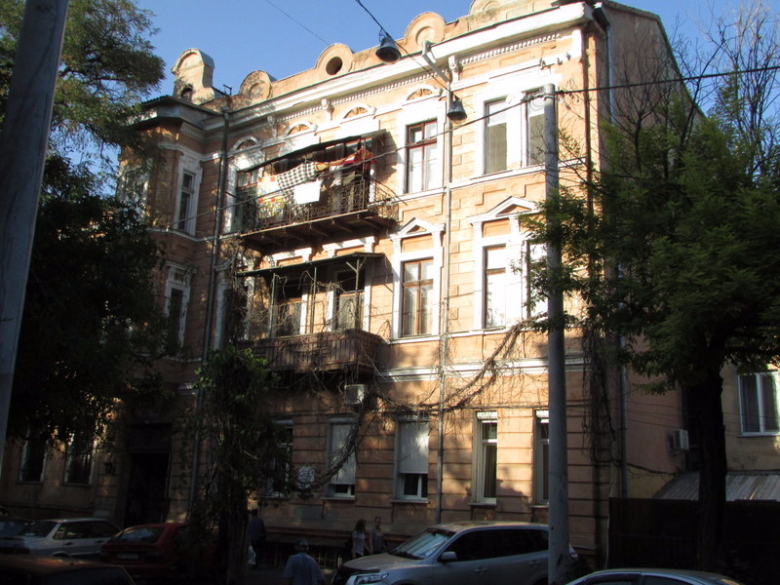 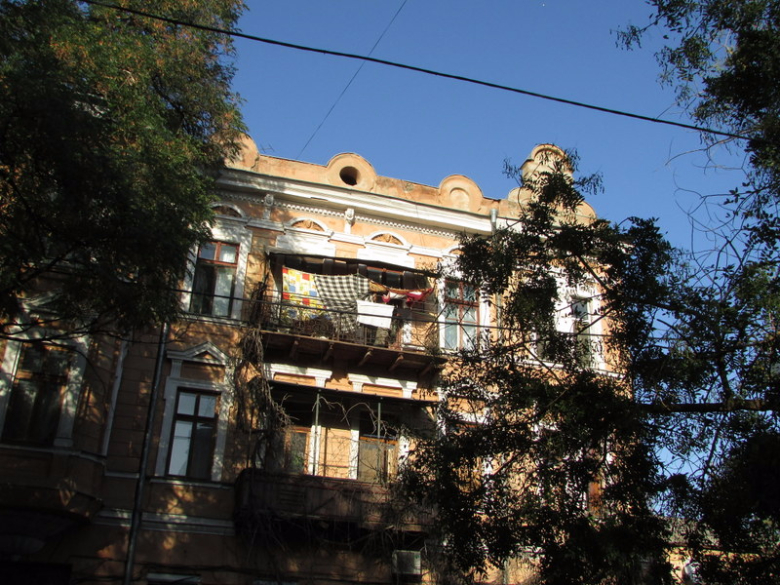 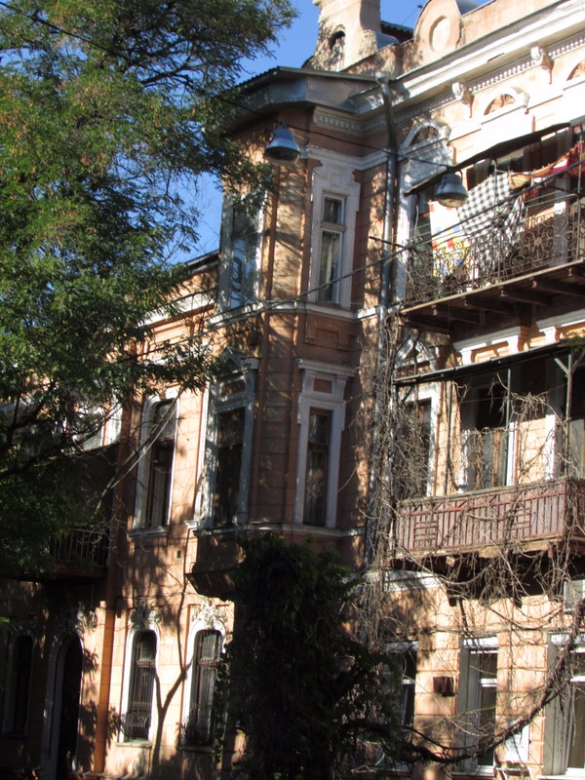 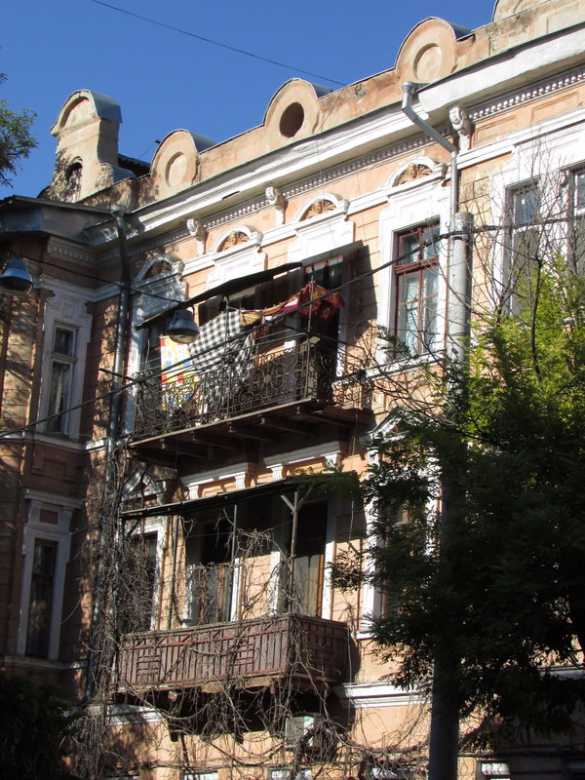 Initially one thinks “Oh all renovated, the entire street. If one’s gaze remains focused, one sees holes in the color of the facade, under the balcony, above at the roof. It unfortunately just not in order. In Petersburg it’s the same. At the very beginning when I wasn’t allowed to drive there- really long story -I always sat in the passenger seat next to Lilija and could only look outside of the window. And there are many long canals in “the Venice of the North”. That means that I sit on the left side and look towards the left across the water at the the houses and palaces and am pleased that everything is painted and looks nice. Pink, green, light blue. And it all has a Mediterranean touch because of the many Italian and French architects brought over by Peter and especially Catherine the Great. Particularly when the sun shines on the buildings above the canal. But then I get out and walk by such a house and …. then one see the botched job. That it all had to be quick and inexpensive. And that the courtyards should also get some strokes of paint.. But let’s not exaggerate. 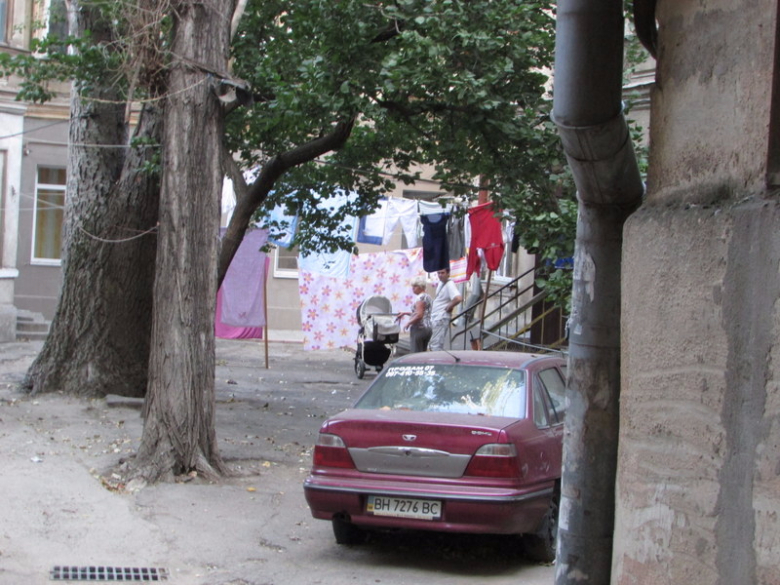 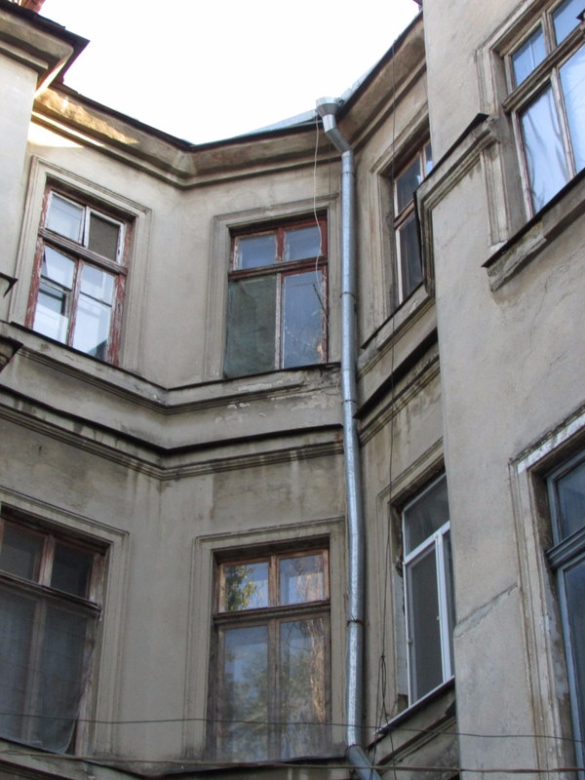 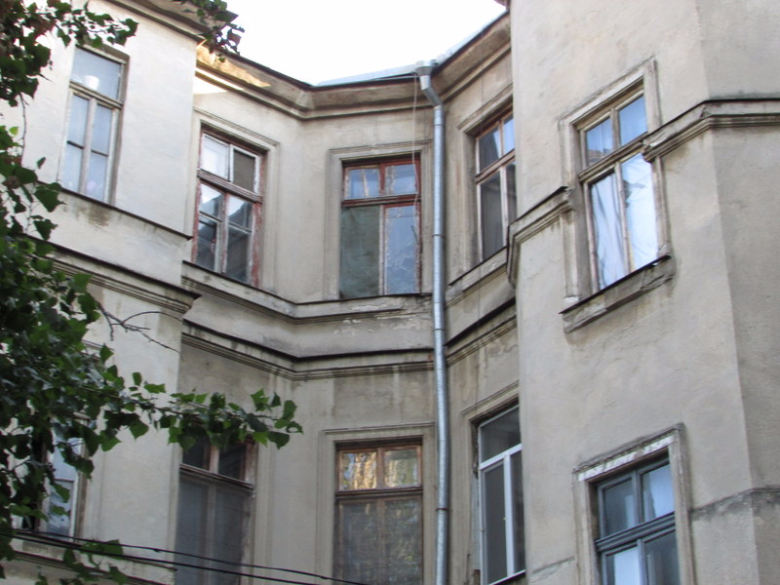 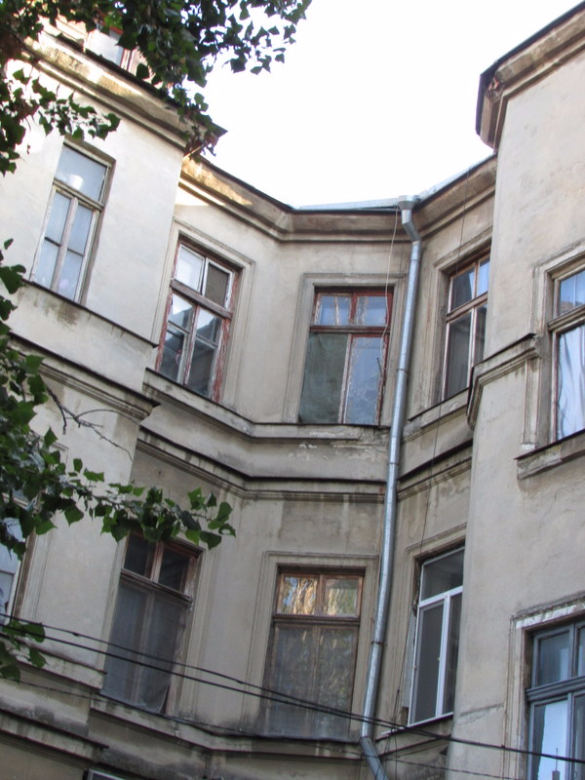 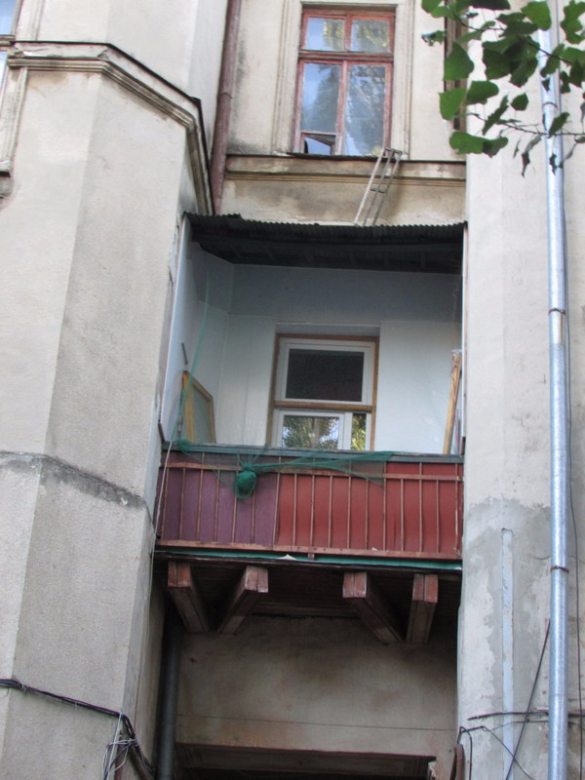 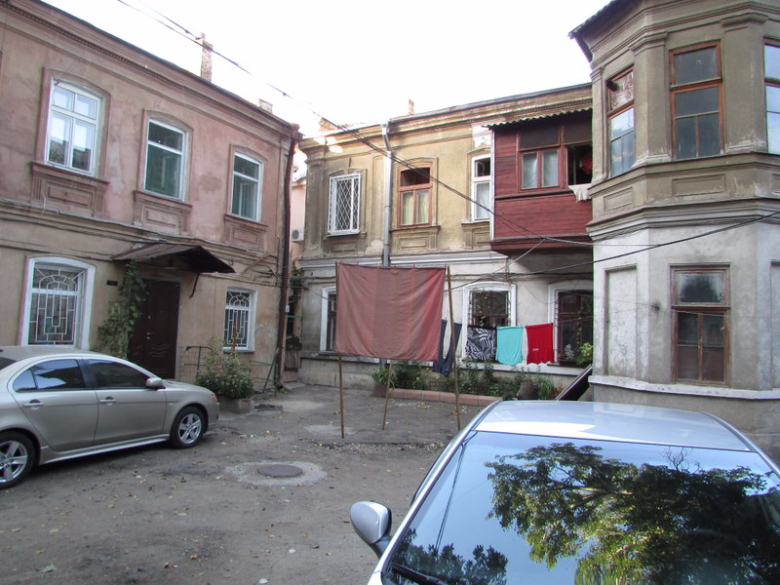 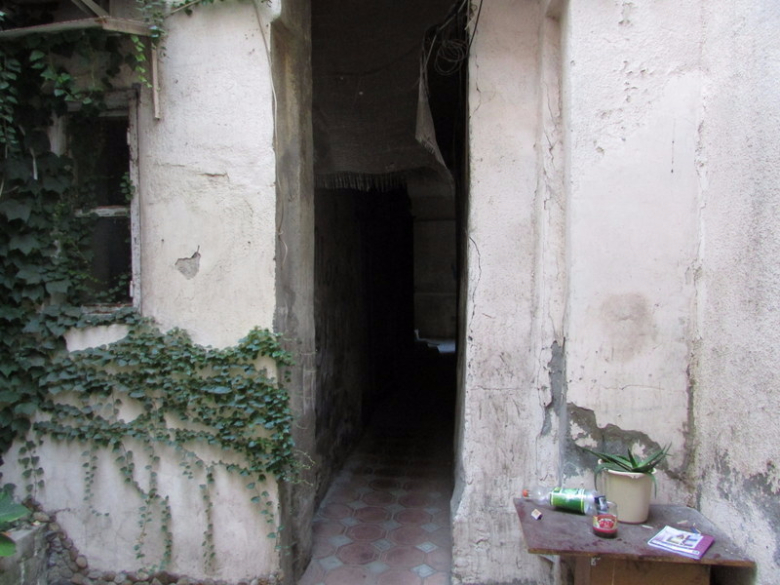 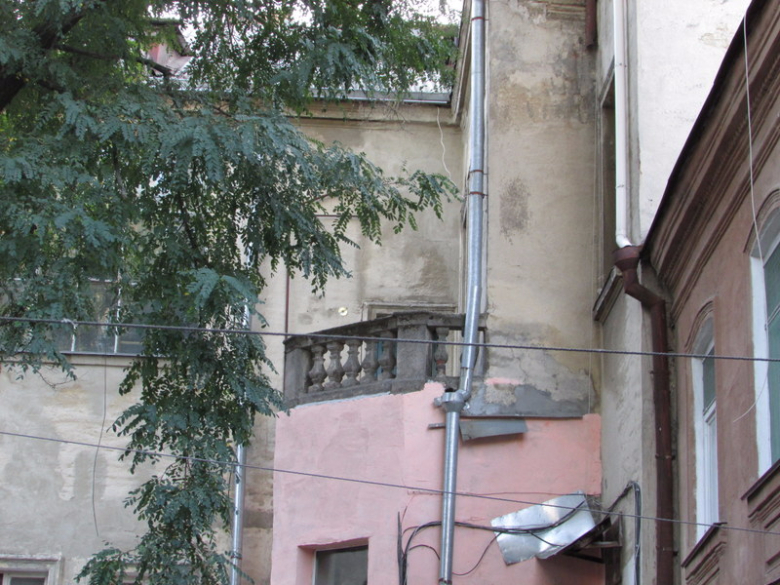 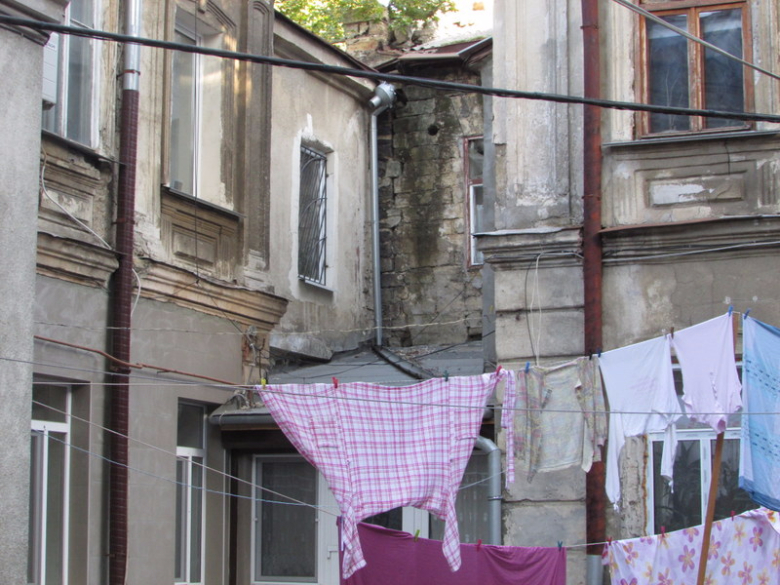 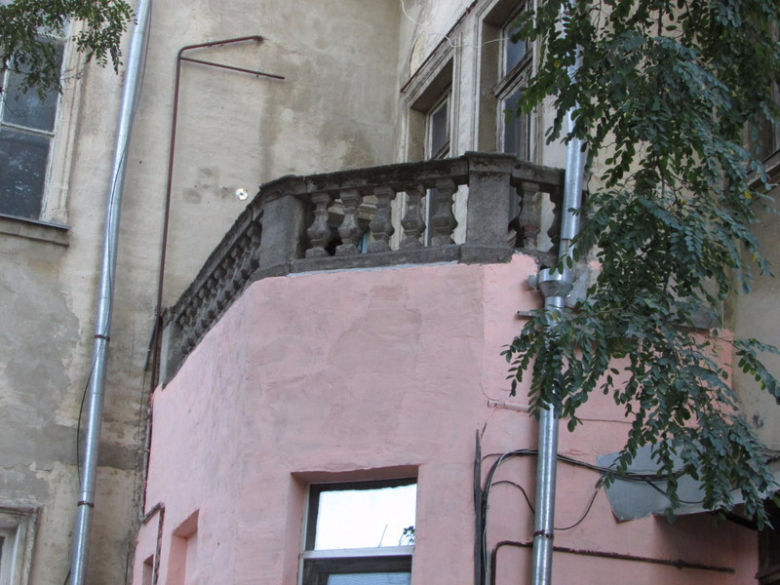 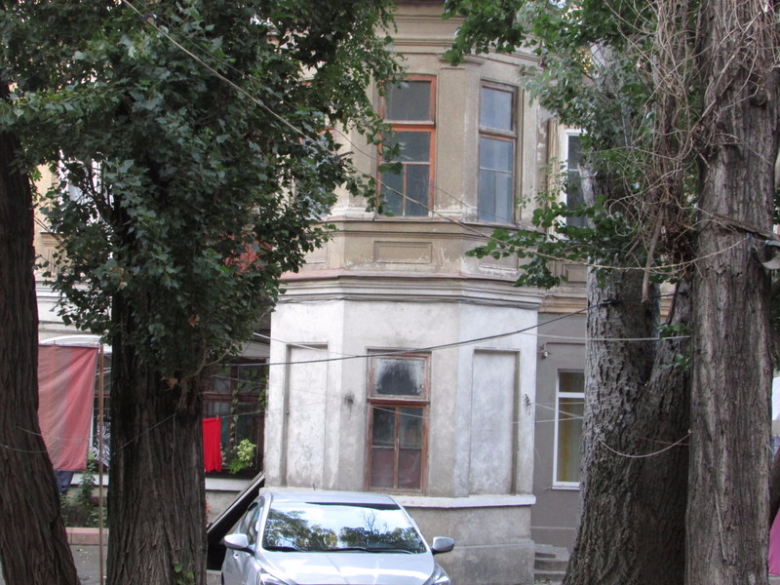 According to Brecht from Arturo Ui:

If something is rotten and it’s trickling in the walls,
Then something has to be done.
And the rot grows immensely.
It’s no good if someone sees it.
Whitewash is needed, fresh whitewash!!

When I still drove the old route to St. Petersburg through Pskov, I often arrived at the border during spring cleaning. The same soldier was always painting the same fence. It wasn’t cleaned, sanded or pre-coated. The dirt was simply covered. – And next year I have a task again thought the soldier. There were enough fences.
Today I thought, well take this building as an example to show what I mean.
And stand in front of it and think, a sign yet again. So who lived here once.
Bunin. Ivan Bunin. My Bunin. I knew that he was once in Odessa but how to find out where. And now I stood in front of it (not Lilija, ha, me). 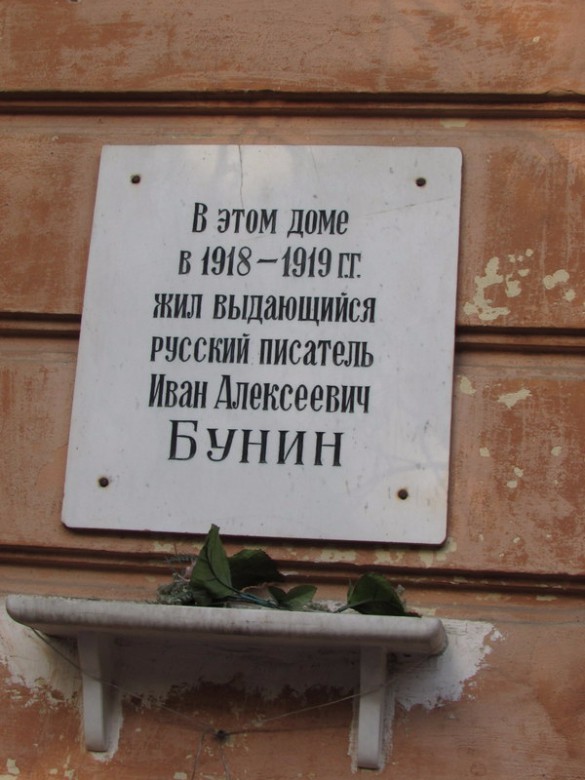 But who is Bunin?
Who is Ivan Alexejewitsch Bunin – Иван Алексеевич Бунин 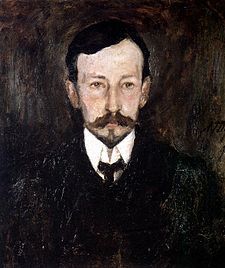 Bunin was a Russian author. The first Russian author to win the Nobel Peace Prize. I don’t like this eternal ranking anymore. Who is the best, the most beautiful etc. For years now my 3 favorite records have been John Coltrane, A Love Supreme, Van Morrison Astral Weeks and the Bach Cello Suites by Pablo Casals, the Paris recordings. Why in hell should one of the records be number 1 and another one number 3. I’ve dropped that. That’s why there’s no longer a ranking for Russian authors and I like, love many of them, find them wonderful in their own way. Why should I use a scale? I’m not at RTL or Spiegel. For me Bunin is similar to Tschechov, like Turgenjew. Maybe because many of his stories take place in villages and estates. Maybe. All three of them put me in a wonderful mood when I read them. But Bunin is somewhat different. Bunin is like drinking champagne. If one finds the right translation. I had already read “Mitjas Love” from a Library Suhrkamp edition. Then Lilija pushed me and I read it again and then “Dark Avenues”, “The Village”… all volumes with stories. And then “The Gentleman from San Francisco”. It’s often compared to Thomas Mann’s “Death in Venice”. The two of them actually did know each other and were, unsurprisingly for Thomas Mann, pen pals.


Whoever wants to should look for the editions from von Kippenheuer & Witsch (in German) from the 1970s and 80s which are wonderful to read. These are partly identical with East German editions. He was published a lot in the GDR. It’s not expensive.
But there are some highly recommendable new translations. The slowly growing edition from Dörlemann Publishers. I wouldn’t begin with the Revolution Diary and maybe not with the book on Tschechov. But “ An Unknown Friend: Two Stories” especially because it’s translated by Svetlana Geier. I was pleased that she started to work on Bunin but she unfortunately passed away in 2010.
Ivan Bunin:
The Village (Деревня, 1910)
Dark Avenues (Тёмные аллеи, New York, 1943; Paris, 1946)
Mitya’s Love (Митина любовь, 1924)

A few of my favourites. 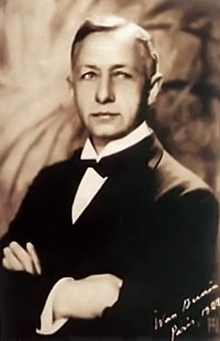 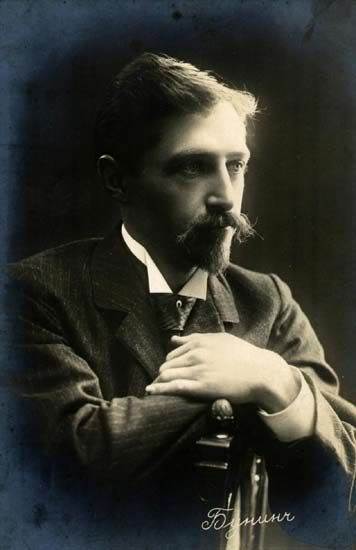