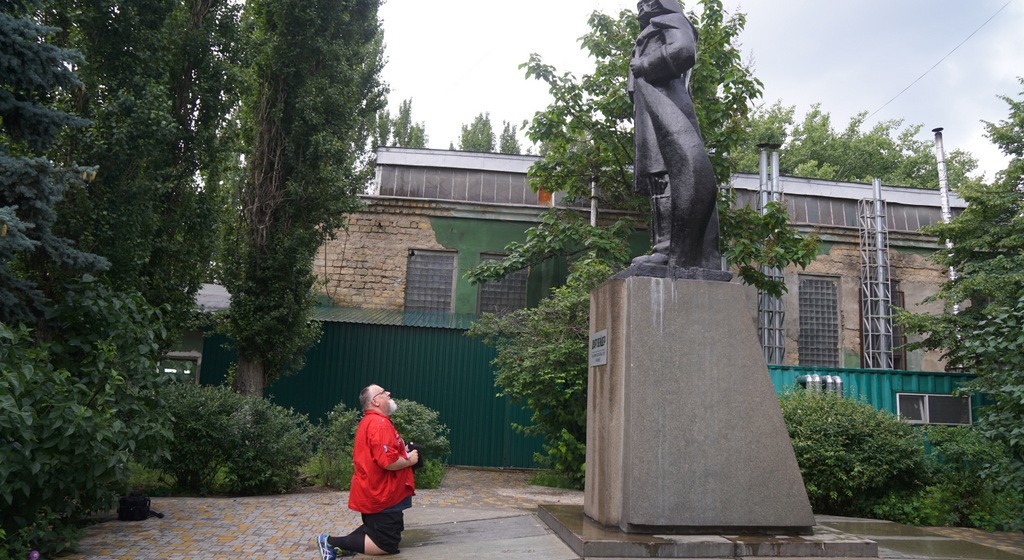 In Odessa Lenin’s mask has finally been shattered and his true face has come to light: Darth Vader. 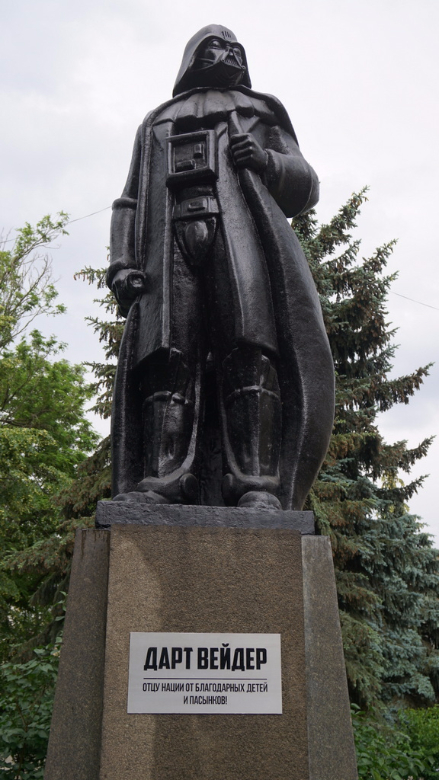 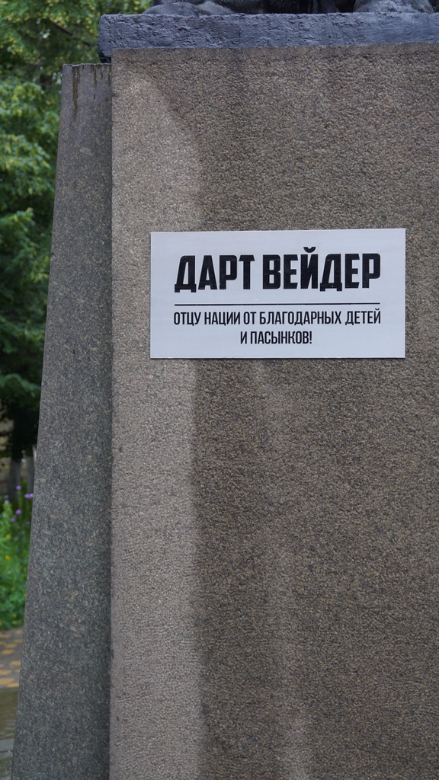 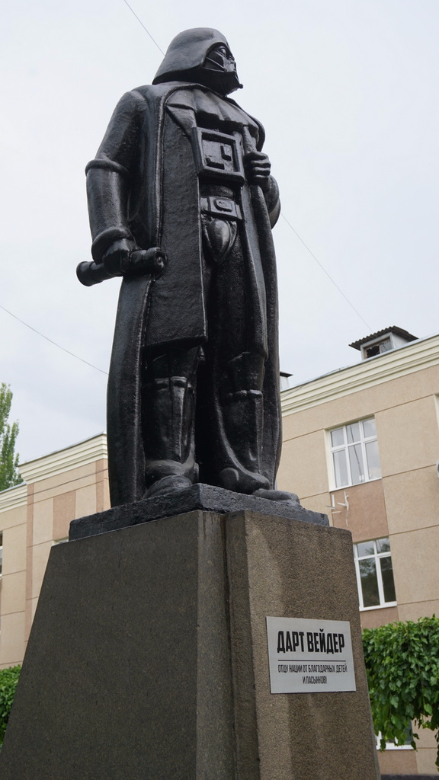 There’s a new law in the Ukraine that makes it possible to dismantle, transform or simply rename all Communist monuments, street names and squares. In Odessa a Lenin statue in the courtyard of a factory complex has become a Darth Vader statue. This honored figure had already, accompanied by imperial storm troops, occupied city hall in November 2013 and declared himself mayor. He also seized land to use as a landing site for his space ship. 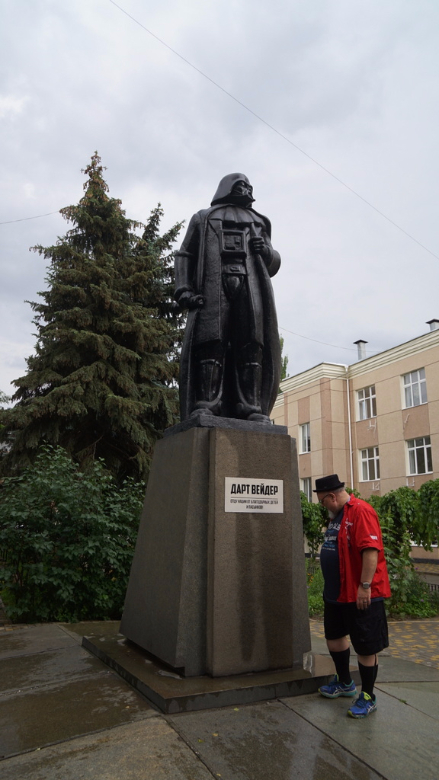 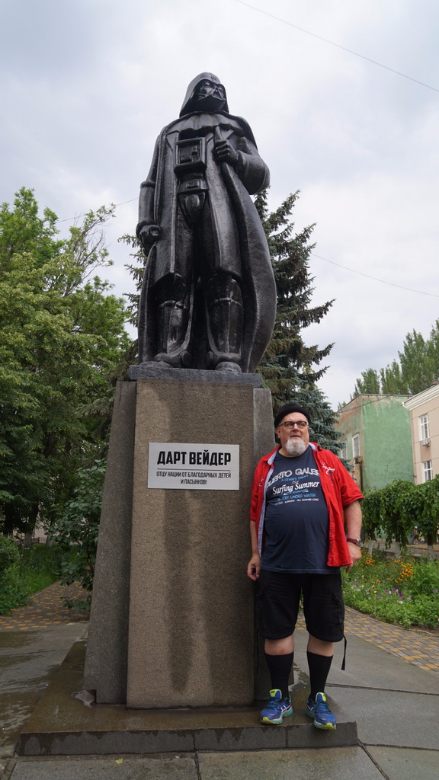 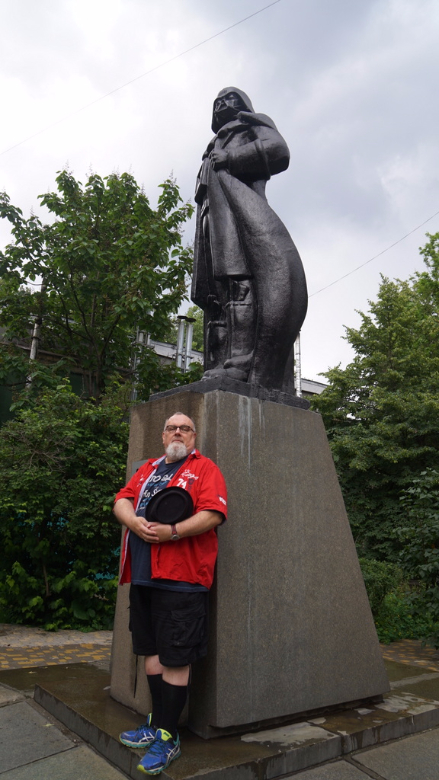 Alexander Milov created the monument. Darth Vader stands on the same block as Lenin and looks in the same direction. 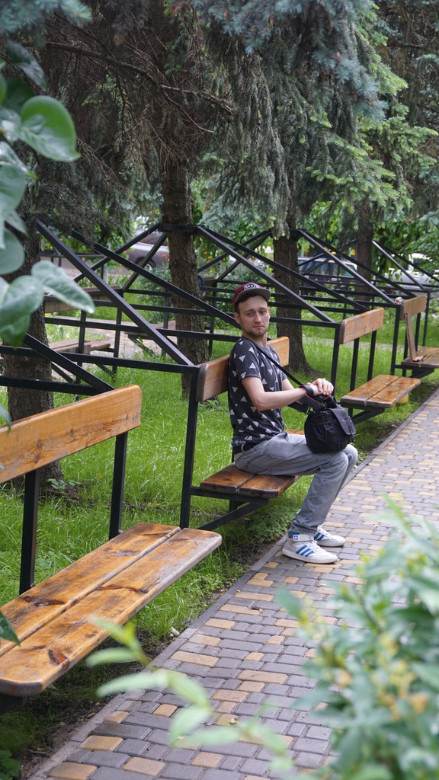 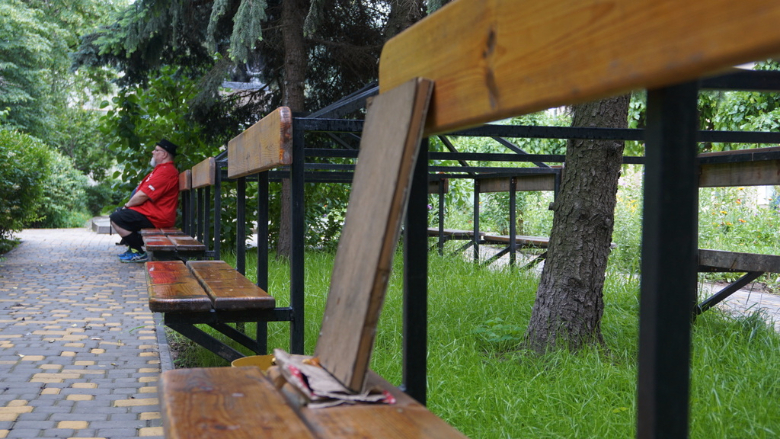 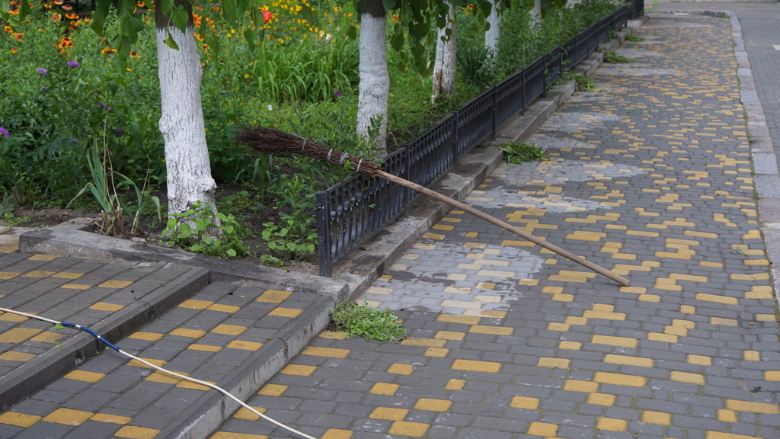 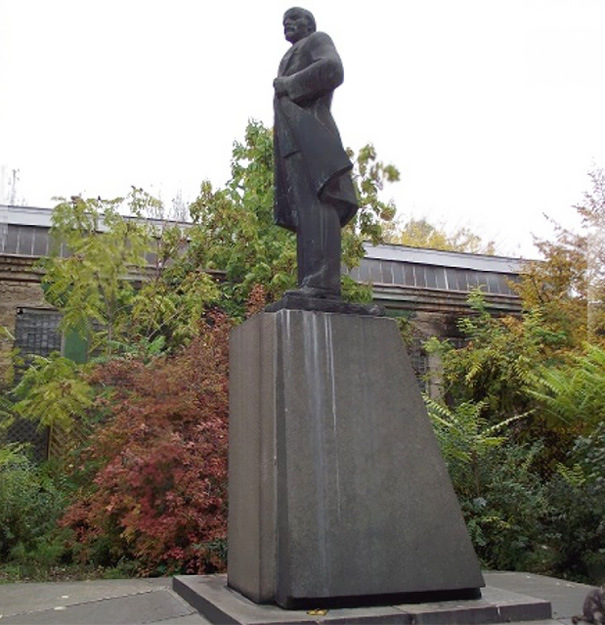 Raoul and I paid our tributes. 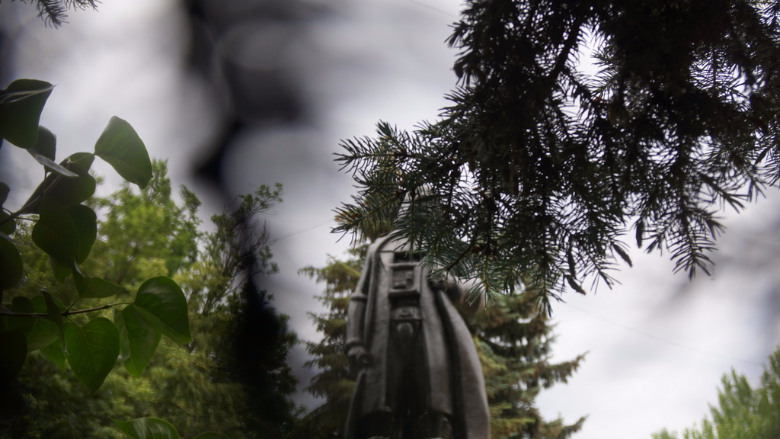